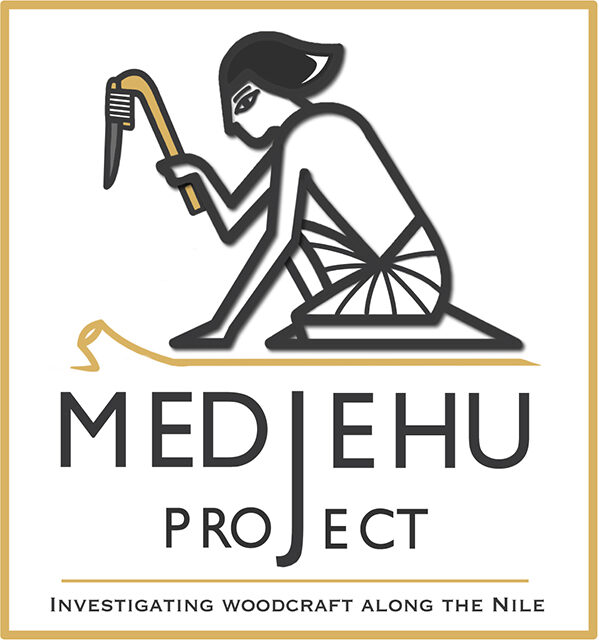 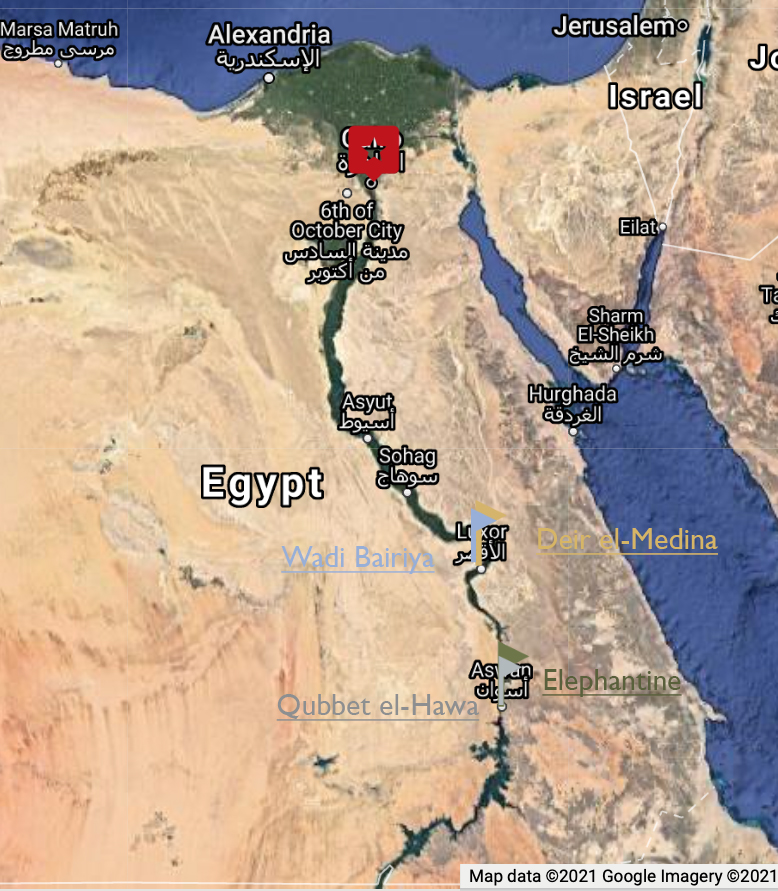 This project focuses on Theban woodcraft during the New Kingdom, comparing wooden objects from the Western Wadis necropolises with contemporary wood production elsewhere in Egypt. Of particular interest is the study of production specifically relating to the Royal Family of King Amenhotep the Third.

Since 2019 our team has been part of the archaeological mission of the New Kingdom Research Foundation in collaboration with the University of Cambridge and the Ministry of Antiquities to the Wadi Bairiya – Theban Western Wadis.

Through systematic wood analysis and detailed study of manufacturing techniques and styles, the team aims to identify the particularities specificities of these materials used by royal relatives and highlighting local regional specificities. The comprehensive study of the Western Wadis material, compared with other areas with local wood production, will allow the team to identify local and long distance economic and artistic exchange routes. For example, this study will highlight the connections between the Theban area and foreign countries that provided imported woods. The overall analysis of wood productions, which consists of examining manufacturing techniques and styles, conducting wood species analysis and examining epigraphic indices, will allow us to identify wood workshops, to establish dating criteria and to investigate the economic and social networks relating to carpentry during a specific chronological period.

This project aims to shed light on how wood, its crafts and its economic networks played a central political economic and social role in Egyptian society during the New Kingdom and more particularly of the 18th Dynasty.

Through systematic wood analysis and detailed study of manufacturing techniques and styles, the team aims the particularities specificities of these materials used by royal relatives and highlighting local regional specificities.

During a first three-week mission, the team will aim to identify the different categories of objects discovered, which are largely fragmentary. The wooden objects that will be discovered in the course of the ongoing excavations will be integrated into the project. Bringing together the complementary skills of the different team members, I will, as project manager, oversee all of the technical and stylistic analyses of wooden furniture to ensure the progress of the project. My participation in three other archaeological missions as a specialist in wood craftsmanship and anatomical wood allows me to have a broad vision of the ways in which wood and wood products were used during the New Kingdom. In order to have a broader vision of the ways in which local and imported wood was used in funerary furniture, I will systematically analyse the wood species. For each object or fragment of an object, a sample of a few millimetres will be examined on thin slides using an optical microscope with magnification from X 400 to X 2000. Composite objects with more complex methods of manufacture (coffins, boxes, chests, etc.) will be analyzed in their entirety in order to identify artisanal techniques and compare them to the Theban and non-Theban techniques dating from the New Kingdom.

Although trained to work on all types of wooden objects, each team member is a specialist in a particular category of objects. As a result, Anna Giulia De Marco, a specialist in wooden shabtis and wooden material from the New Kingdom (furniture, statues, etc.), will work on the elements of boxes, chests and caskets. Lisa Sartini, a specialist in yellow decorated black coffins (dating from the time of Hatshepsut/Thutmosis III to the end of the New Kingdom), will focus first on the fragments of coffins.

Our ongoing collaborations with other archaeological missions dealing with wood from the Theban area:  Deir el-Medina (IFAO), M.I.D.A.N. and TT14 in Dra Abu el-Naga (University of Pisa) and the KV 40 mission (University of Basel), as well as analyses of objects in major museums such as the Museo Egizio, Turin, which houses a significant collection of wooden objects from Thebes including furniture from the tomb of Kha and Merit, will enable comparisons between other groups of New Kingdom furniture, personal items and toolsand those discovered in Western Wadis. Furthermore, comparison between the Theban wood assemblages and other New Kingdom wooden objectsfrom areas outside Thebes will be facilitated by the continuing collaborations with two archaeological missions in the Aswan region: the study and analysis of the wooden workshops discovered on Elephantine Island (Swiss Institute mission directed by Dr. C. Von Pilgrim), notably the only known archaeological examples of such workshops, and of the wooden objects discovered in the necropolis of Qubbet al-Hawa (University of Jaen, Spain, directed by Prof. A. Jiménez Serrano).